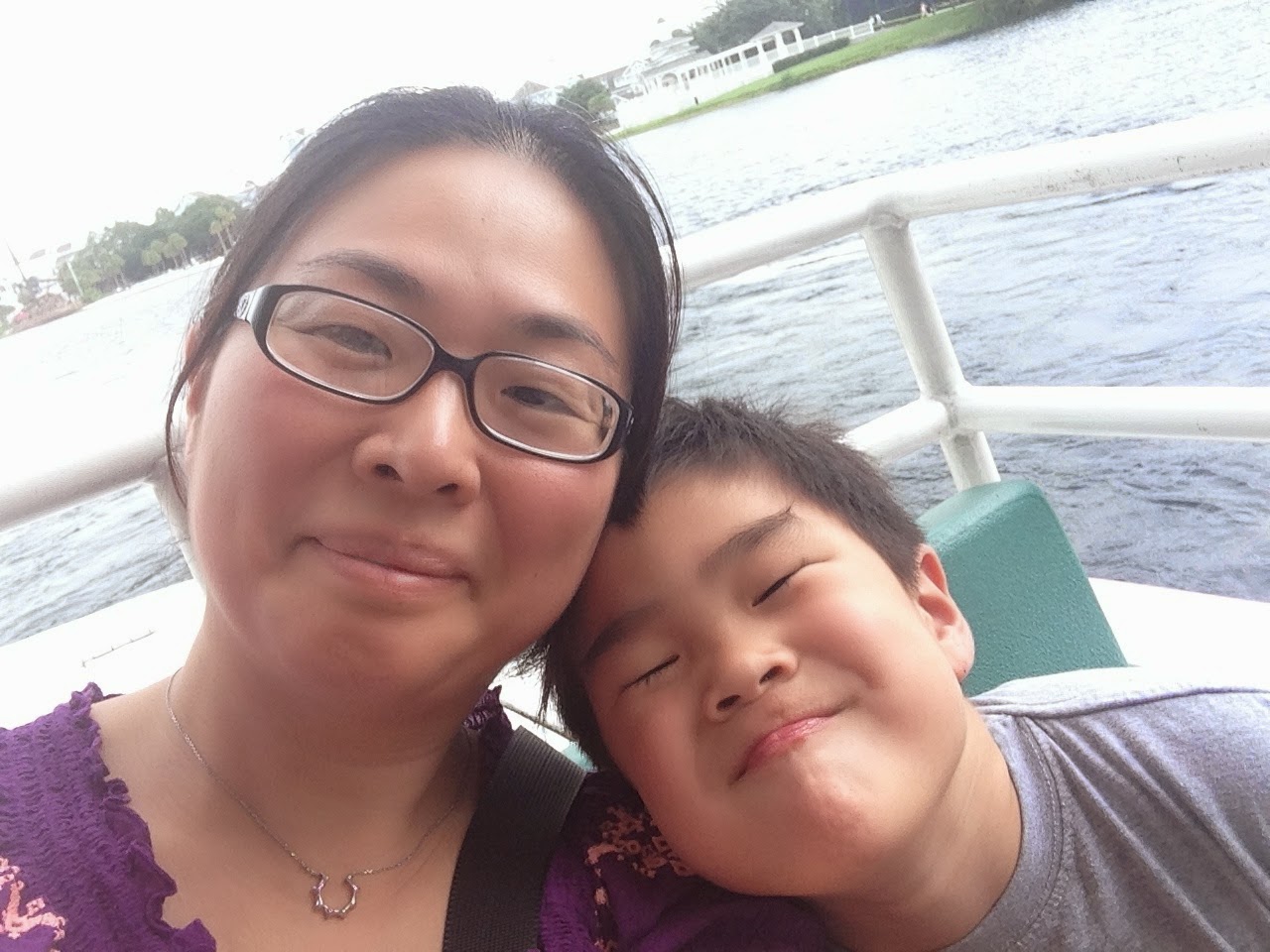 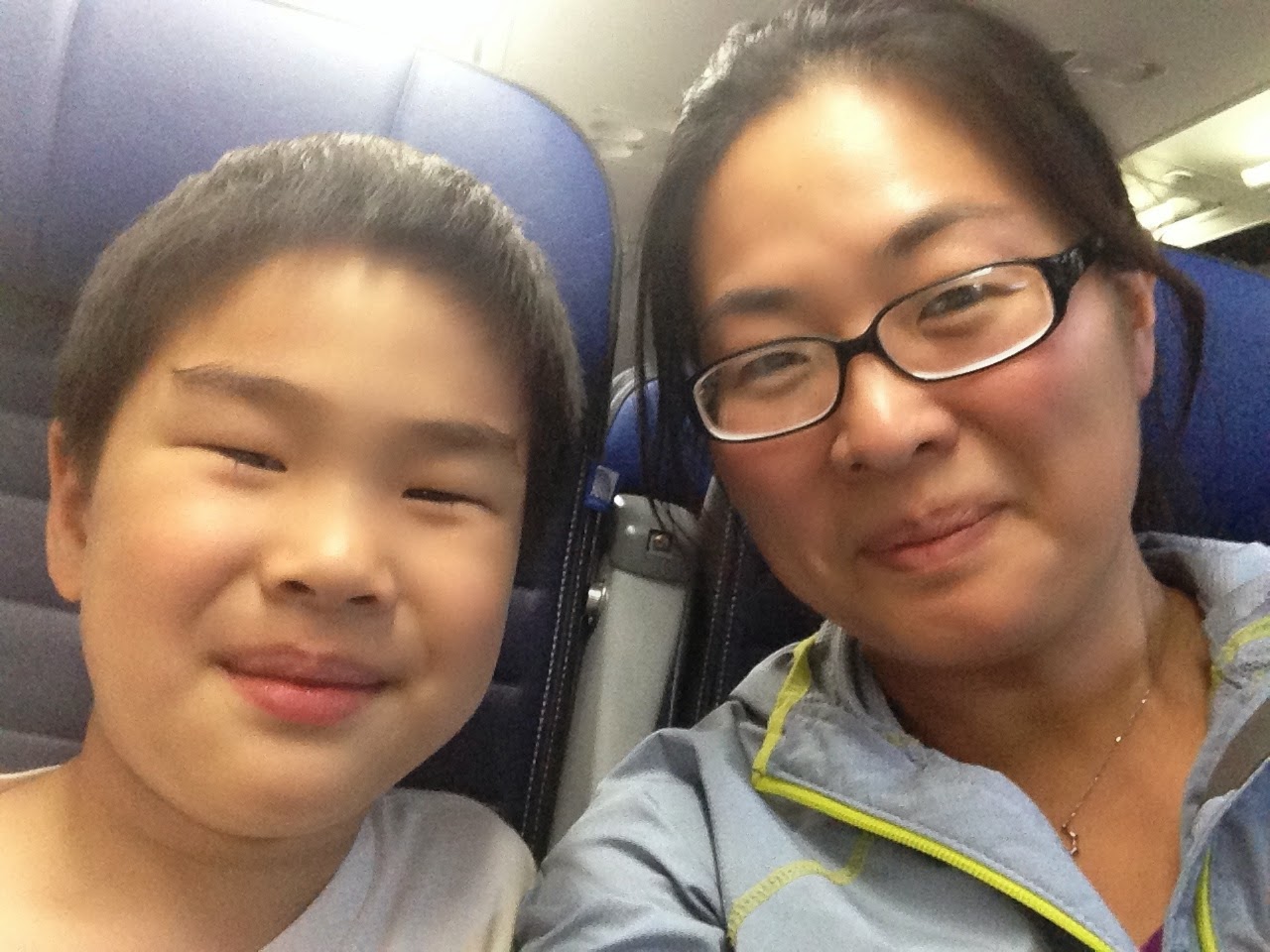 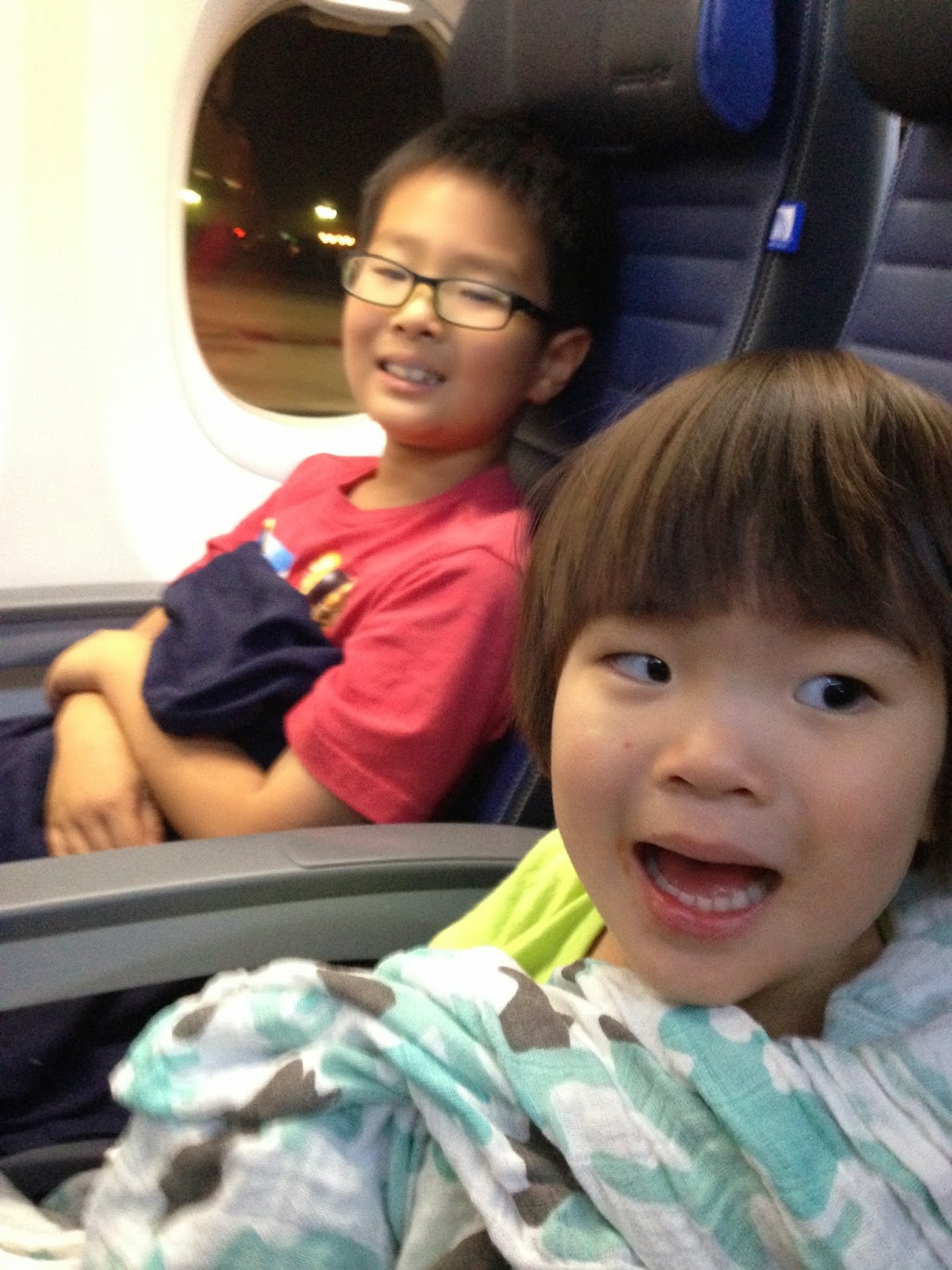 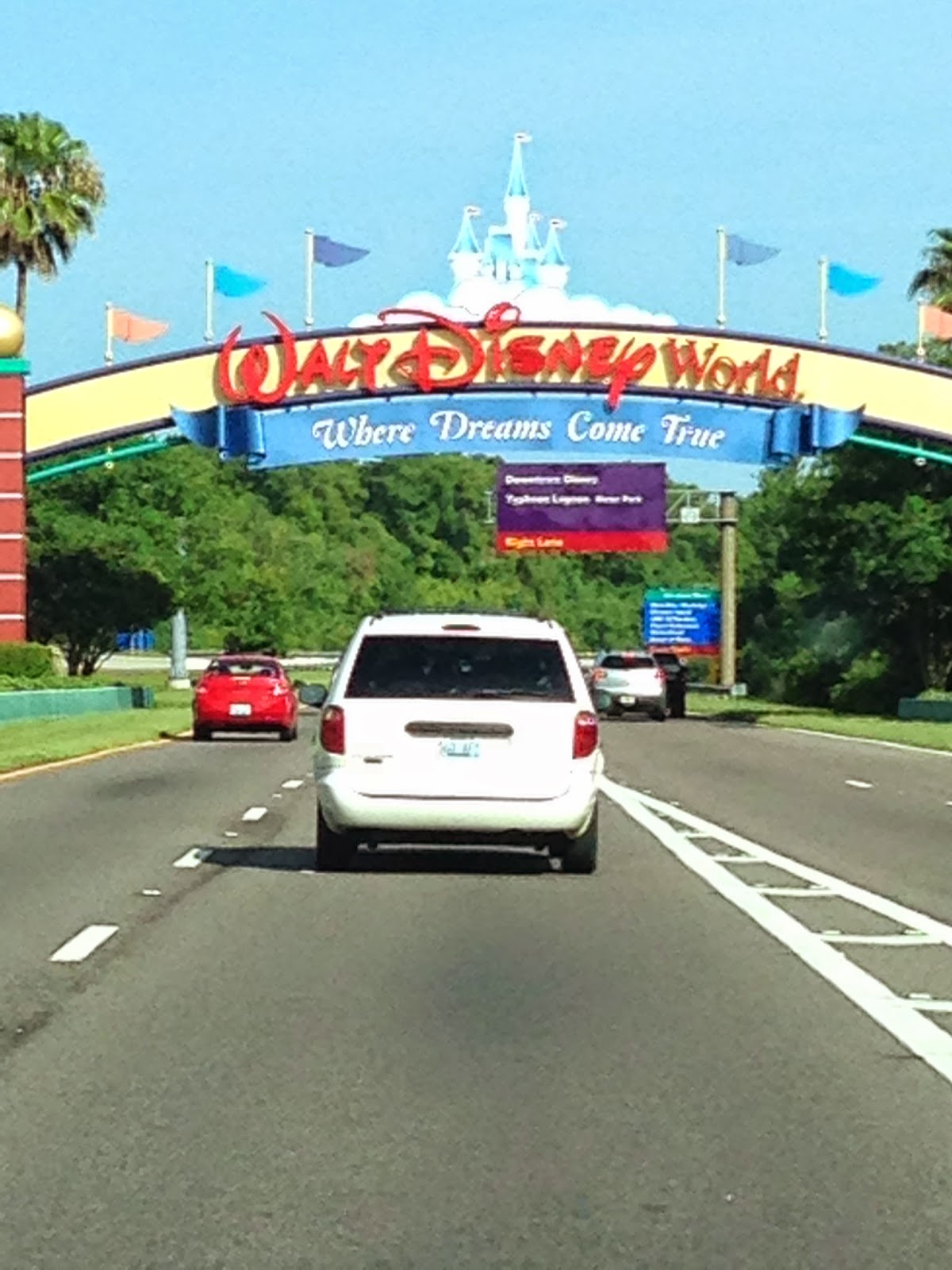 It was finally here! The trip we've been talking about for the past seven months. The ultimate carrot that was brought out over and over again to elicit good behavior. H had followed through with his end of the bargain and gotten rid of the Ns in the citizenship section of his report card. We were on the redeye but the boys were so excited we left the house before 7 PM. R was very excited to go on the airplane and was the only one of the five of us to sleep the entire 5 hours. So the next day, while the others slept, he was the only one awake enough to with me on the boat ride from the Swan to Emcot. Sorry, that's what R calls Epcot. The minute we got to Epcot, they shut down the boats due to a thunderstorm so we had to walk back in the rain. It is a short walk from Epcot to the Boardwalk to the Swan, and much faster than taking the boat. 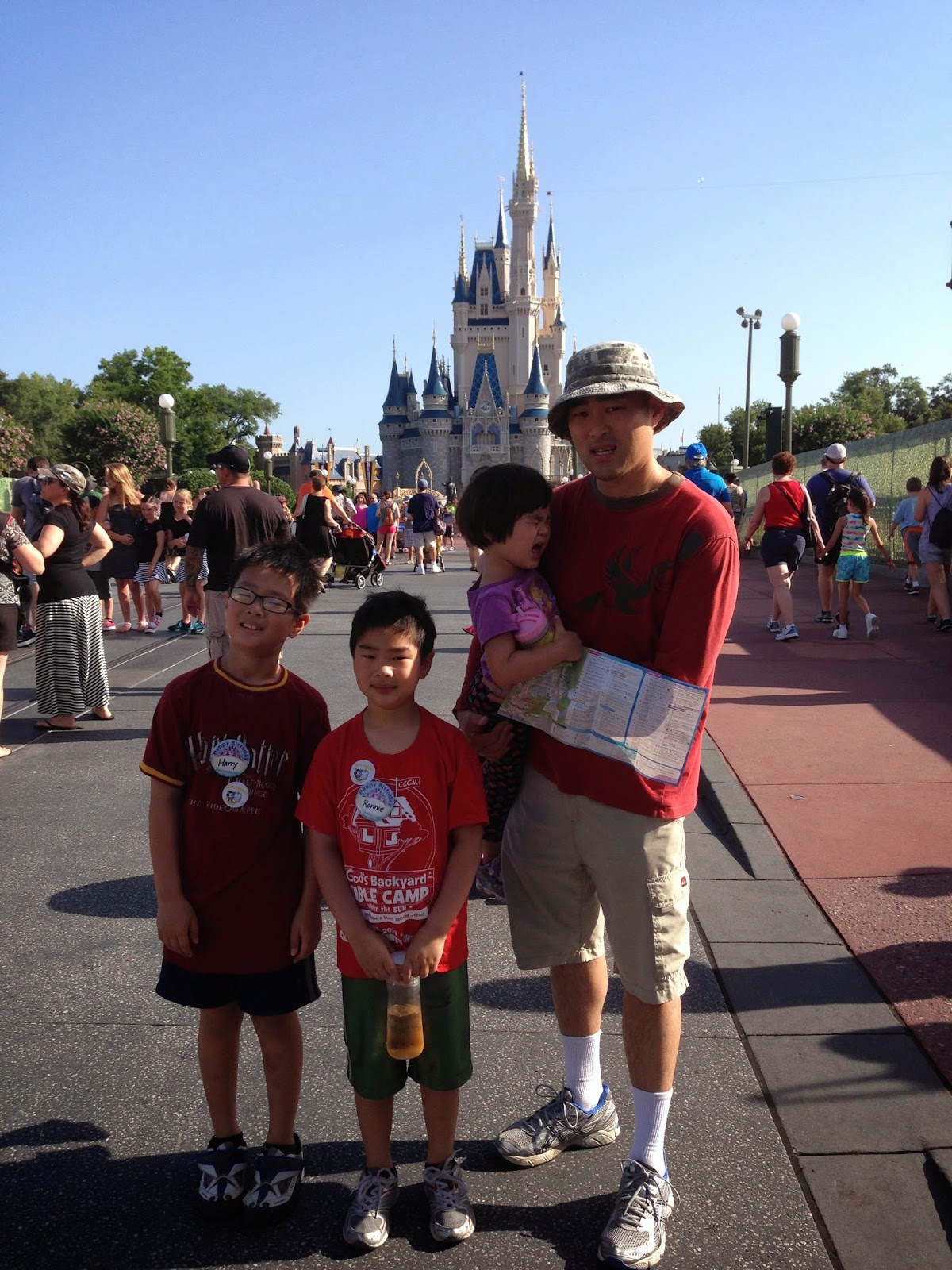 Everyone got a great night's rest and we were off to the Magic Kingdom in time for the rope drop and the walk to the Mine Train. When we got there it was a 90 minute wait, but luckily I had read some blog reviews that said the line moved along pretty well. We got in line and it ended up being just over an hour. While we were waiting, H and I got on the Tea Cups with NO wait. Awesome! We were able to get on Tea Cups, Mine Train, Space Mountain and Thunder Mountain by 2 PM. The one ride we didn't get to ride was Splash Mountain due to some "mechanical issue" (I think someone threw up in the water), but that meant we were given a free fast pass to any ride in the park! The new Fast Pass Plus system works pretty well. We used our initial three, then we got another one for Pirates, and then another one for Under the Sea.

I've been sensitive to roller coasters for the past 20 years. Every time I rode one I felt like throwing up afterwards, even a few years ago at Disneyland. But something magical happened at the Magic Kingdom, I felt fine!!!!! Maybe it was myself drinking the kool-aid too much, but it truly was the happiest and most fun place on Earth. (Apart from Middle Earth, of course.) The one thing I missed was getting my Dole Whip. I was too sugared out at the time we passed by the snack shack that was selling it. It just means I have go to Disneyland at Christmas, just to get it!!!! 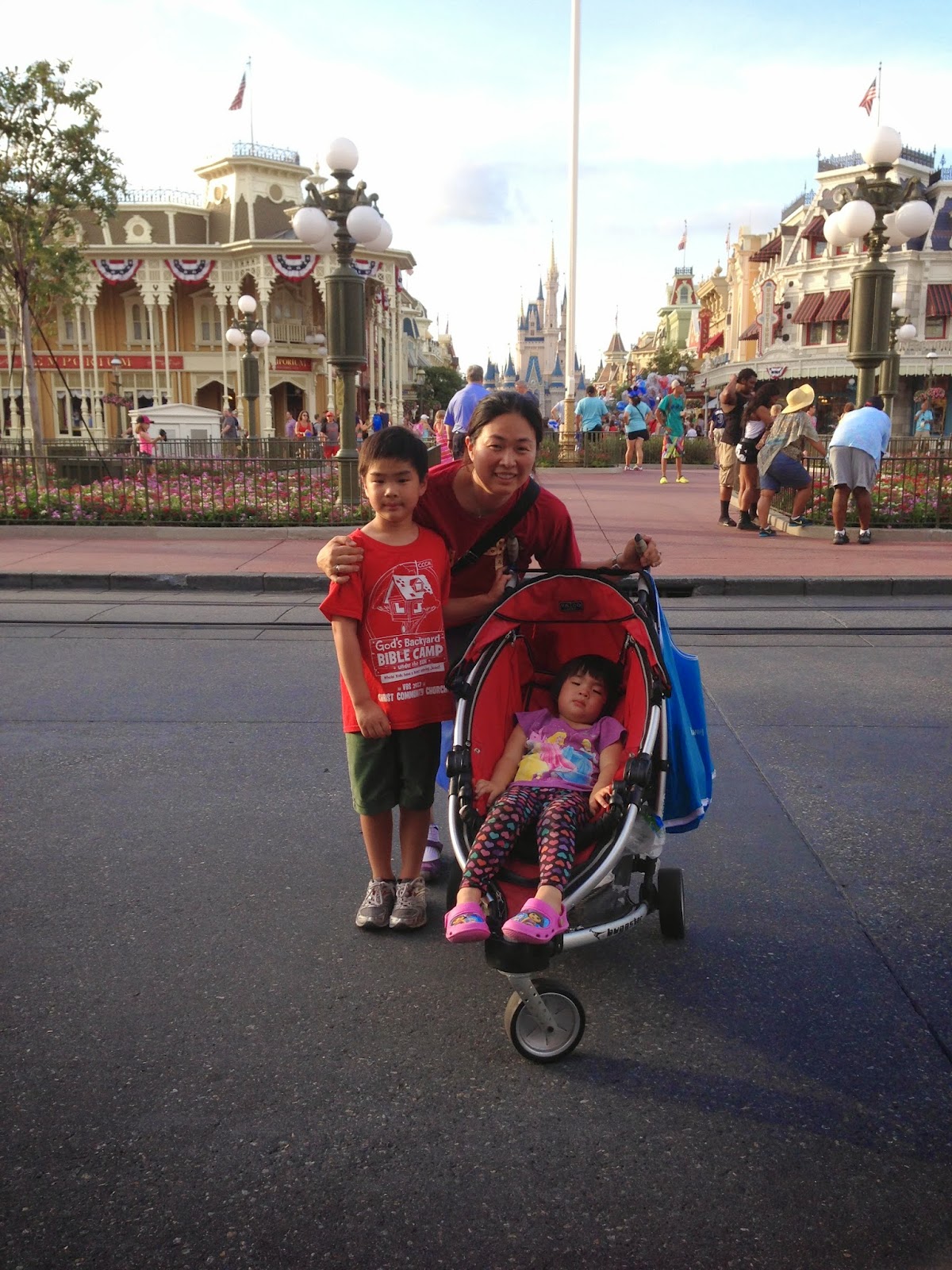 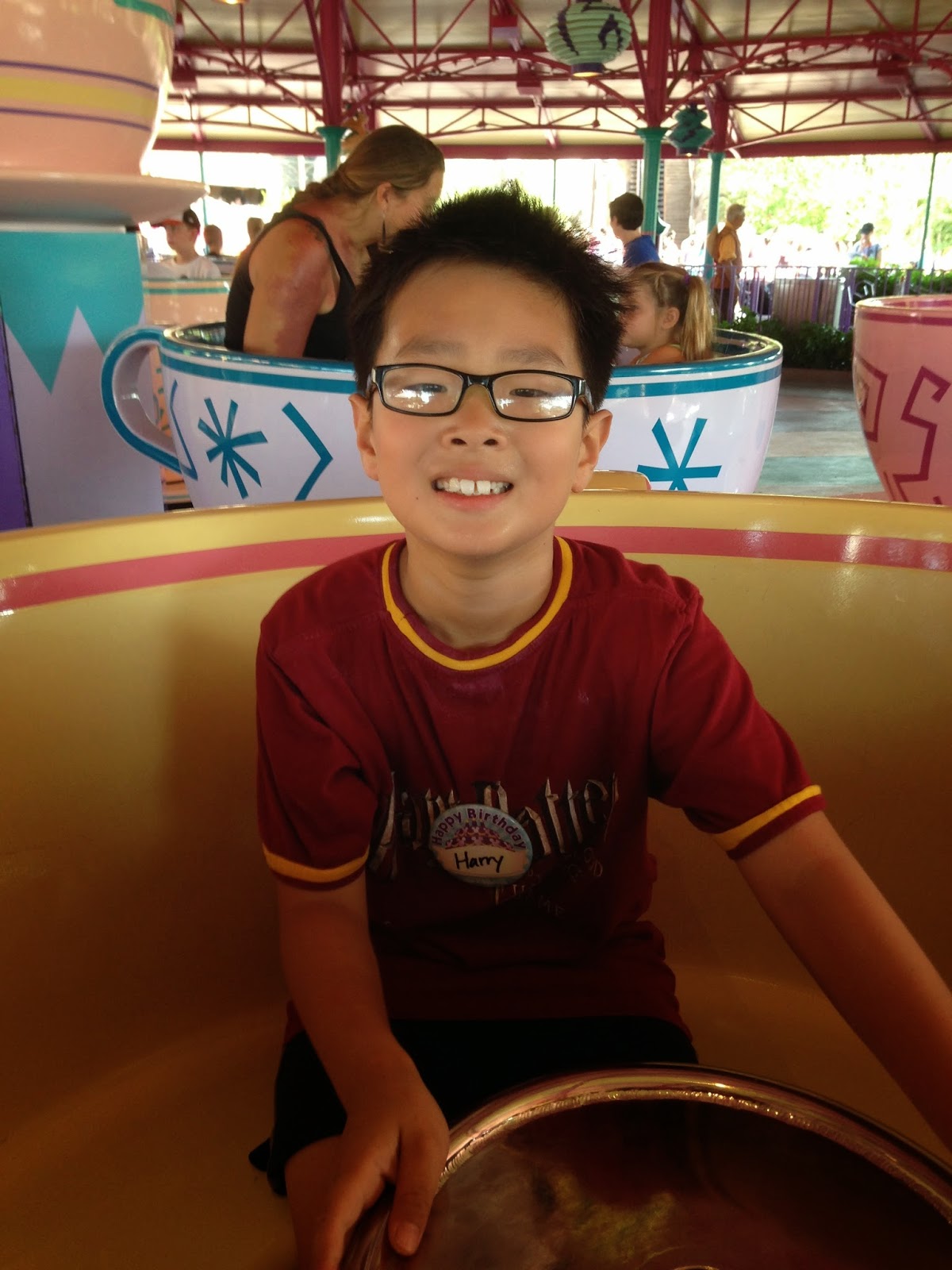 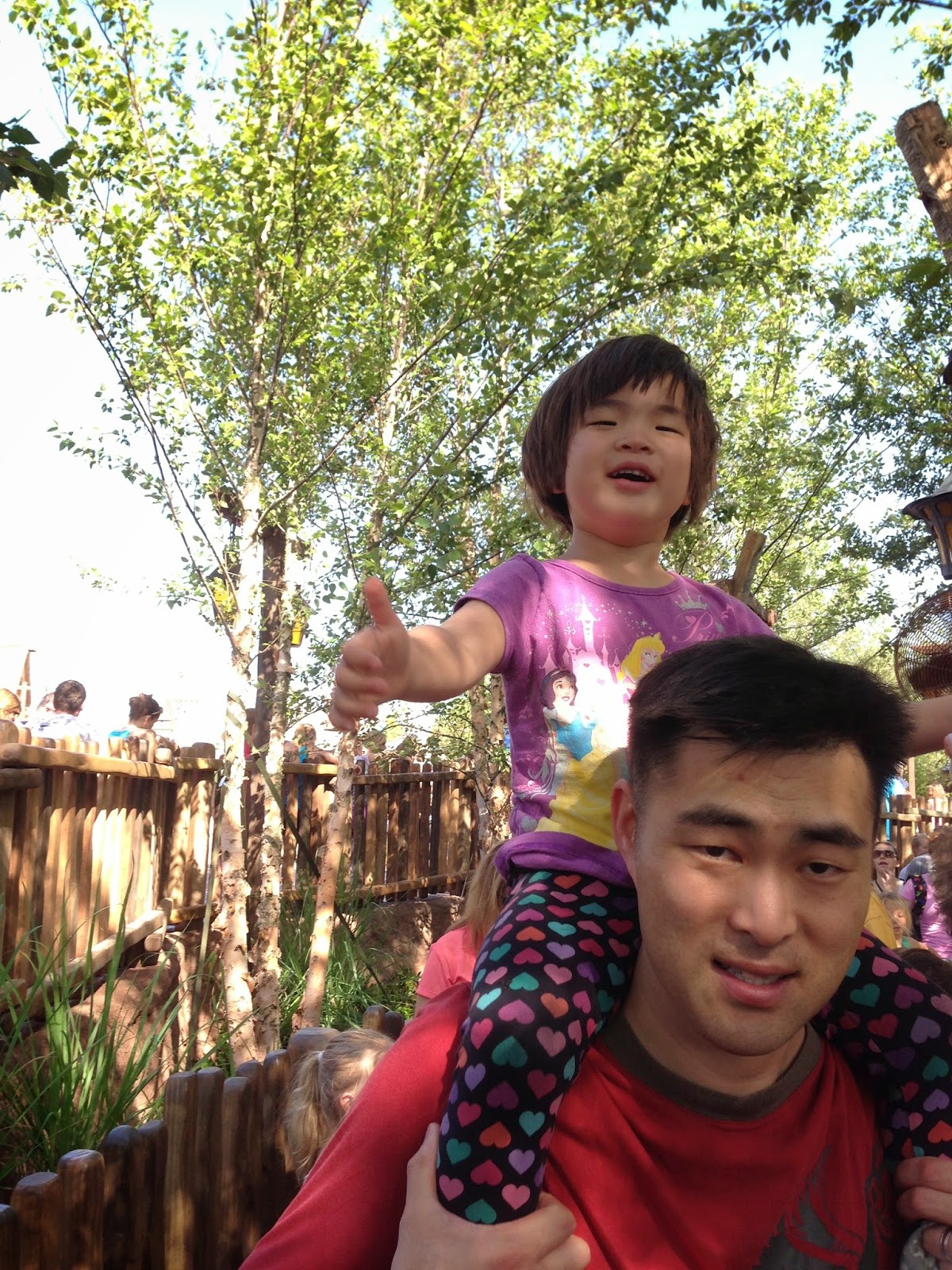 Stuart doesn't look like it's the happiest place on Earth in those photos! Rayray

Glad you all had an awesome trip! I love going to Disney!! Even just as an adult, haha. It'll probably be a while before I go as a parent.