We had planned to spend Friday going to the California Science Center. A generous friend had given us tickets to the IMAX theater and a parking pass, which would have made the entire visit free since the CSC doesn't charge for admission. (If you're ever visiting LA with kids, this is a great place to spend a day.) We had visited the CSC when we lived in LA but it was during the time when the boys had no memory, and of course Princess E had never been there. The IMAX movie coupled with the fact that the Space Shuttle Endeavour was parked there had us eagerly anticipating the visit.

Then...the Honda Service Minder lit up indicating we needed a B1-3 service. Not just a simple oil change but something more complicated. I didn't want to risk getting stranded on the side of I-5 on the way back to the Bay Area so we gave up the museum that morning and hoped to make it for the afternoon. Two hours later, service was completed. We stopped for lunch with the boys getting burgers at Five Guys and Stewart and I getting some Mediterranean sandwiches at a place I won't mention because it was so terrible. We come back to the car and nothing. The car won't start. Ok, fine, we'll call Honda cares, we'll get a jump and then go to the museum. Not so fast. There is something wrong with the battery connection, namely it's broken. Ok, coincidence that it happened right after we get a service at the dealership? So we go back to the dealership, they fiddle with it, and somehow fix it so that the connecting part is securely attached. 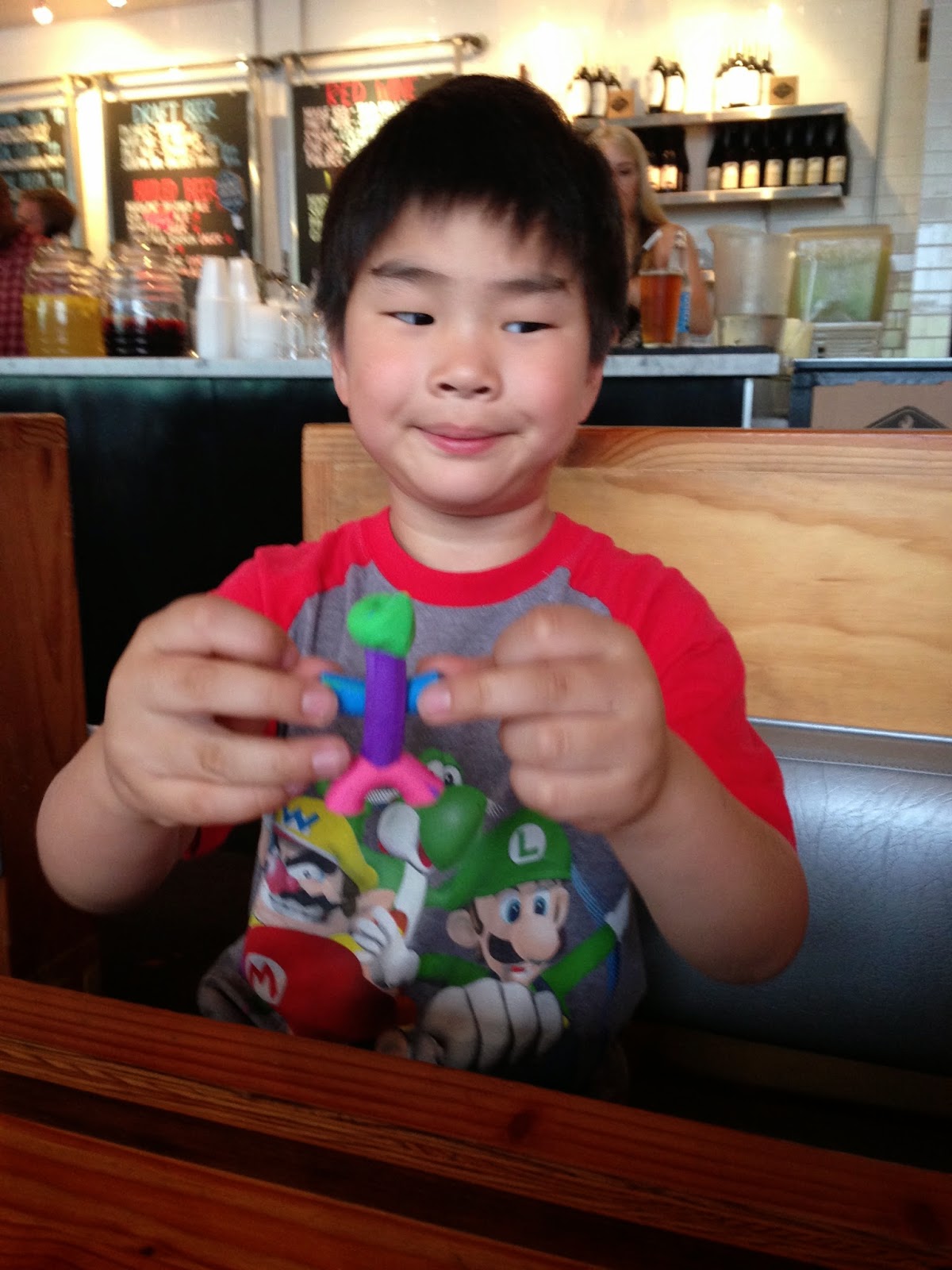 After all this, it's already 3 PM and we decide to throw in the towel and just go to Stewart's sister's house. After all the passes to the museum don't expire till February 31, 2015. The cousins had a great reunion and great dinner at Pitfire on Westwood. Stewart was amazed to see how much E could eat. She really enjoyed the spaghetti and pizza there. The restaurant gave the kids modeling clay to occupy them before the food arrived, which they really enjoyed. The kids also enjoyed the delicious, fresh lemonade and the organic soft serve ice cream. I really liked the kale salad and the burrata pie. The restaurant was within walking distance of my sister in law's house, which was nice since the last thing we wanted to do after all that car trouble was to get back into a car! 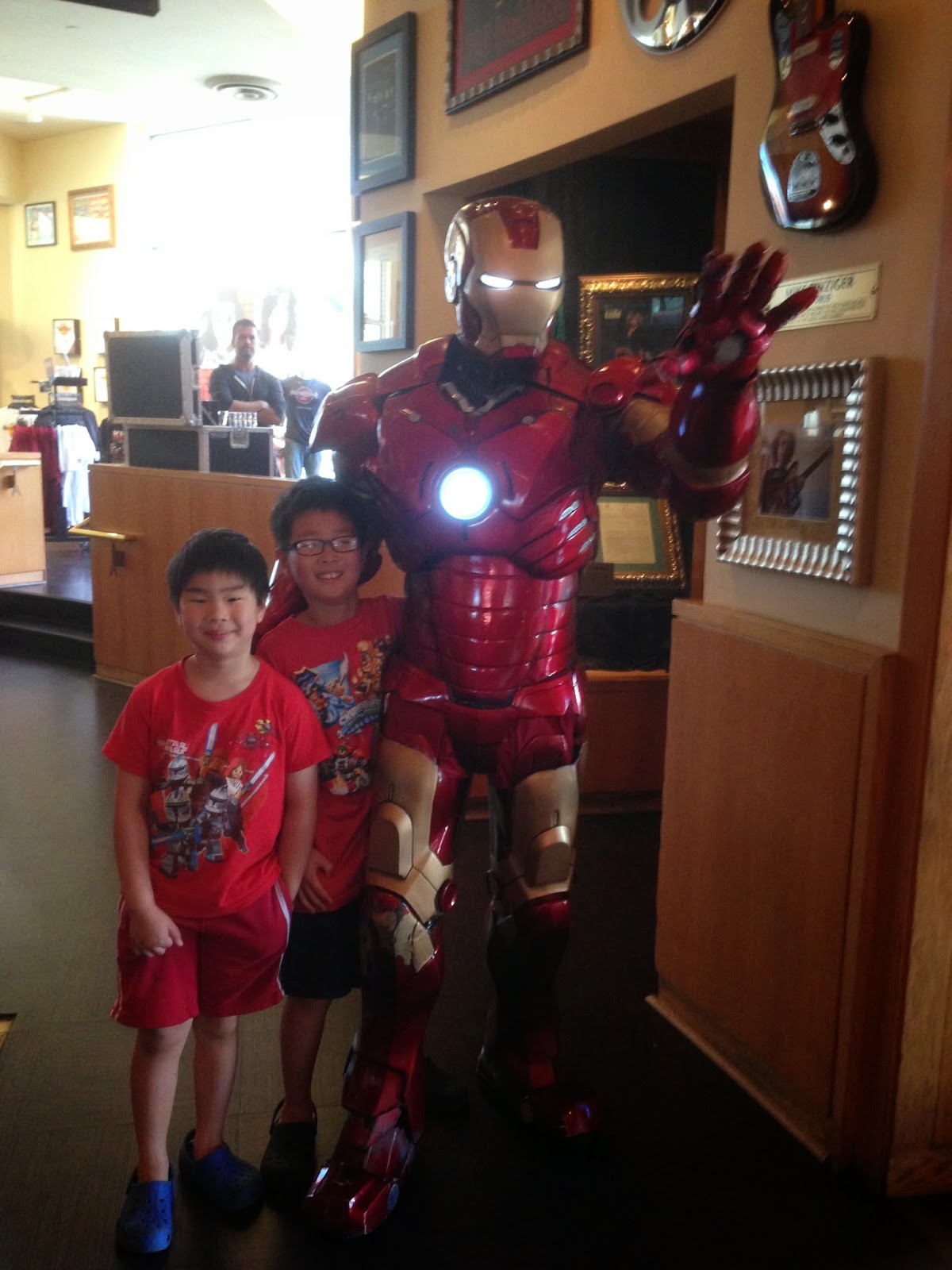 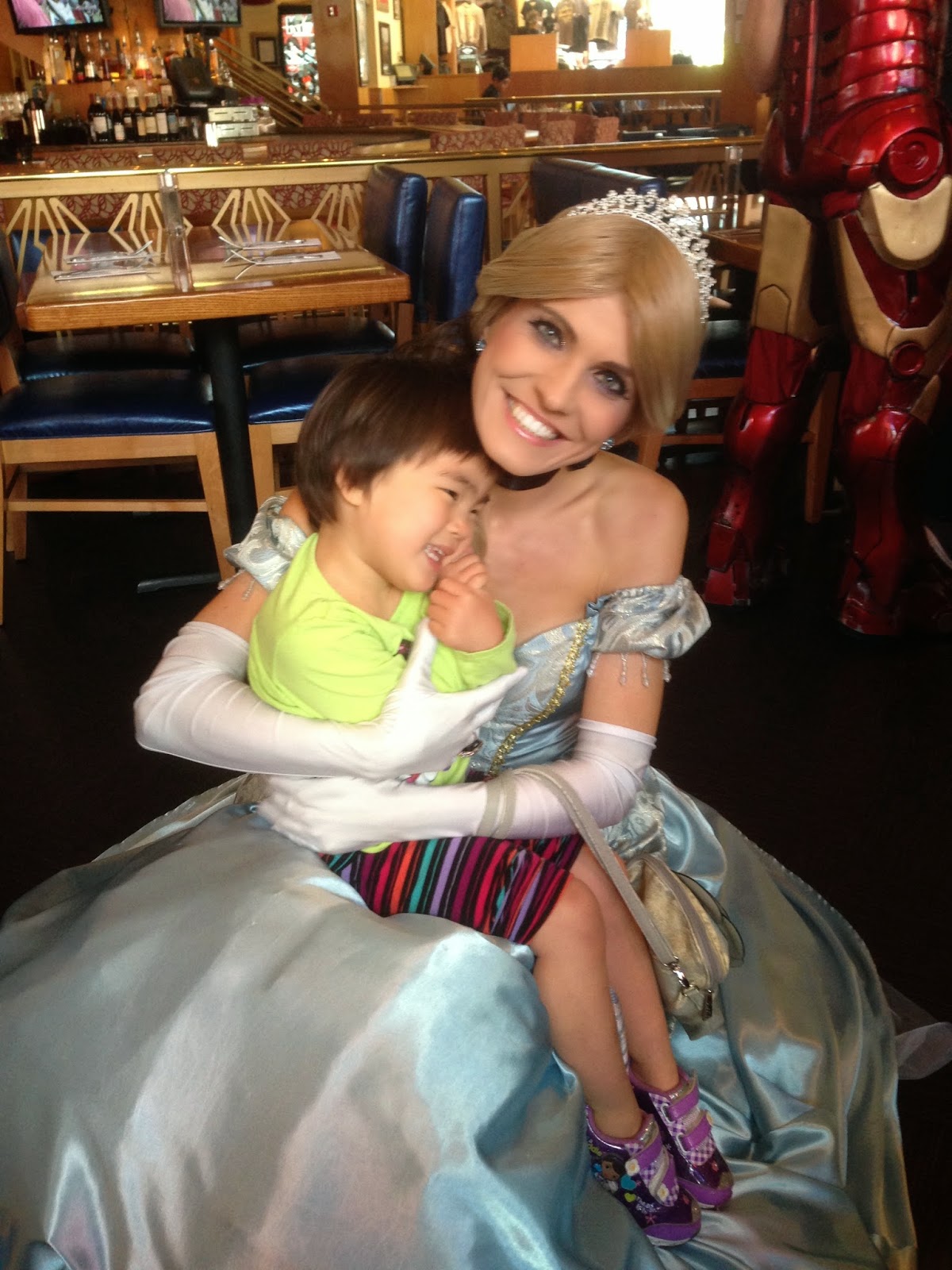 Saturday morning we got up early to go to a Blogger Brunch at Hard Rock Cafe in Hollywood at Universal Studios. I don't know why, but I always thought Universal was far out there like Disneyland. I vaguely knew it was in Burbank but for some reason I thought Burbank was near Fullerton. Now that I think about it, it may have been because I went to Burbank Elementary in Chicago, which was near Fullerton Ave. The strange connections we make in our minds.
The kids had a blast with the characters and the clown who performed tricks with bubbles and all the other things kids enjoy (parachutes, face painting, etc). Stewart and I filled up on the hearty breakfast buffet. There were enough hot and cold items offered to satiate anyone looking for a good start to a full day at Universal Studios. It's also the time of day that the Hard Rock is probably least crowded so you won't have to wait as long as you would have to at the end of the day! 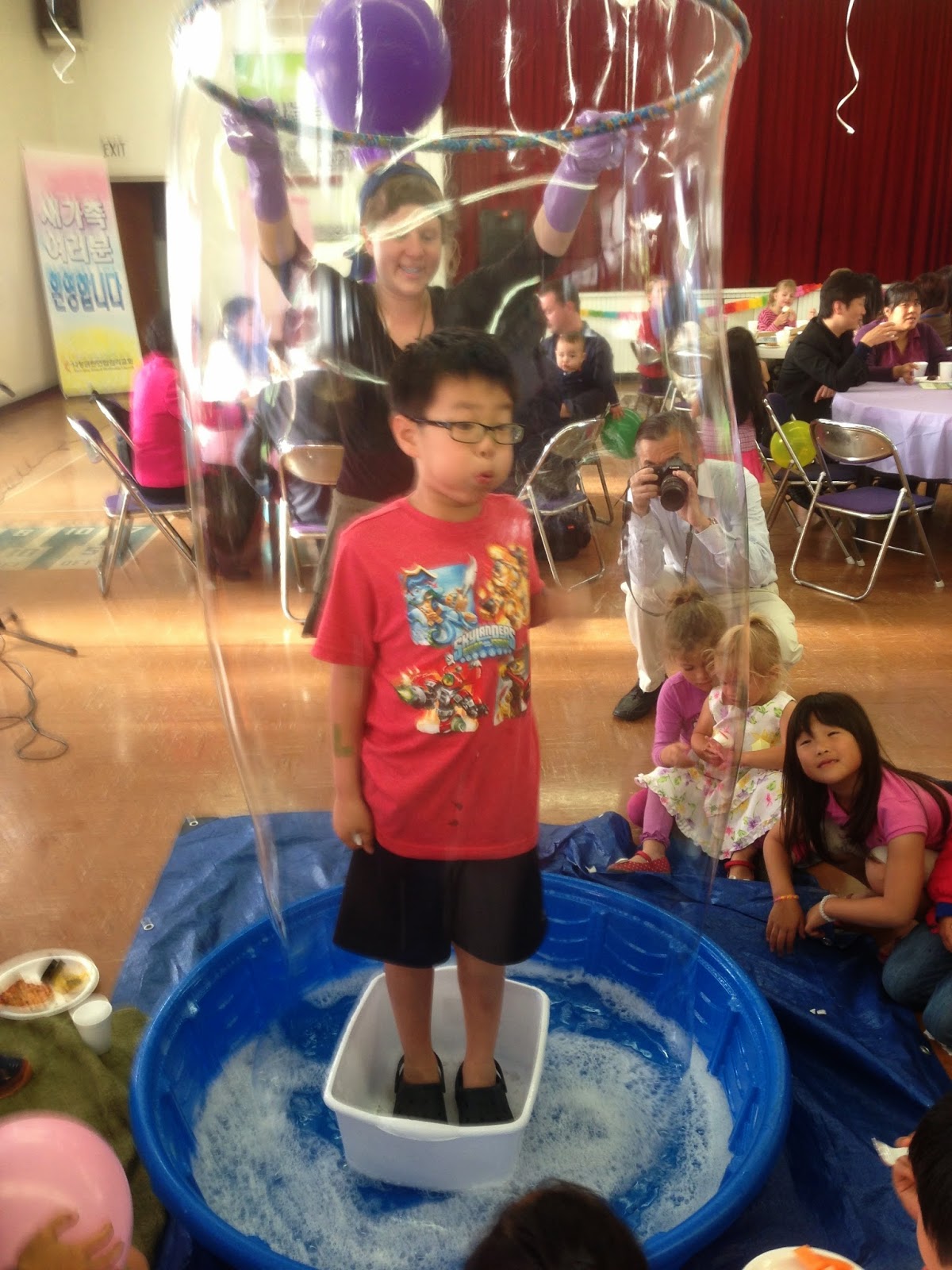 Saturday afternoon was filled with an ice cream celebration for R's 6th birthday at Manhattan Creamery. H wanted a triple decker of chocolate and it turns out to be a better deal just to buy a pint. Everyone enjoyed their ice cream creations and had some fun on the beach. It was a really windy day and of course the inevitable happened. Princess E fell into the water and needed a complete wardrobe change back at the minivan. We then celebrated with Baby J for her dohl jahnchi, the customary first birthday Korean celebration. Delicious Korean food and fabulous company and friends. All in all a great day!

I did not receive compensation for this post. I did enjoy a complimentary brunch at the Hard Rock Cafe for review purposes.
Posted by Eunice at 2:20 PM