From Left to Write: The Idea of Him 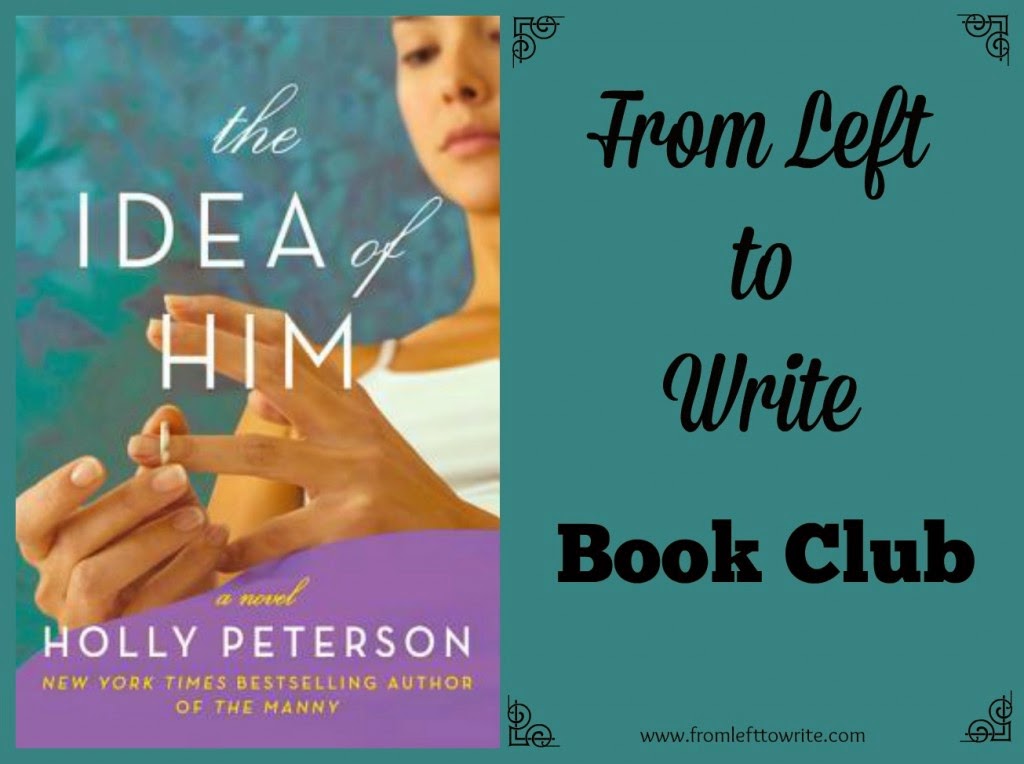 As I was pumping gas at Costco this morning, these thoughts ran through my head as I was trying to think of something to post for our From Left to Write book club selection, The Idea of Him. Then it hit me. I was drawn to the book because it is set in New York City, the dream city of my childhood. There was also a Him that was part of my New York life, but that's a story best left untouched. Living in New York was the idea of glamour, intrigue, and success that was my singular goal growing up in the suburbs of Chicago. For a time I achieved it. Then I let it go because I felt myself getting hard like the Sunscreen Song predicted. But I loved my life there. So this is my post on why I love New York. Because there are too many reasons for just one blog post, I'm going to limit myself to five. The first five that fill my head--go.

1. People. Everyone from everywhere. You can be rich, poor, college graduate, high school dropout, old, young, white, black, yellow, brown, Jews for Jesus, Lost Tribe of Israel, anyone and everyone is there. Sometimes when I look around here in the Bay Area it strikes me how different the diversity here looks. Yes, there are people of every background here but it seems like there are pockets of this or that ethnic group or socio-economic echelon rather than the glorious patchwork of God's creation that you get in one subway car down Broadway. I miss that. It saddens me that Princess E stares at certain people in Trader Joe's because she rarely sees them around town. It saddens me that my children don't get why Martin Luther King Jr. was so important. It saddens me that everyone, including R's preschool teacher, first speaks Chinese to me because they assume I'd rather speak that than English. (I'm Korean, BTW.)

2. Food. Anything you want to eat any time of day or night. Oxtail soup on 32nd Street to stave off a hangover at 4 AM. Seitan burritos and all the homemade chips and salsa you can eat at Burrito Box. Bread from Amy's. The impeccable service at Union Square Cafe. Overindulgence at Daniel, Bouley, Le Bernardin. Steaks at a restaurant where a member of La Cosa Nostra was gunned down outside. Macarons from Fauchon. Breakfast at Tea & Sympathy. Part of me can't believe how much money I spent on food in Manhattan, but another part of me doesn't regret a single cent. It's not as if I could have those delectable morsels now even if I had internet startup IPO millions. I will say that the one area where the Bay Area does beat Manhattan is in boba tea. Gong Cha, you almost make up for not being able to get a Kati Roll. Yes, I even miss the Indian food in Manhattan. There are no food carts where I live, so the tastes can't be replicated, sadly.

3. Easily accessible culture. There is a show of every kind going on at all times of the year in New York. Ballet, opera, Broadway, art exhibitions, foreign film festivals, S&M exhibits, whatever tickles your fancy. Here you have to plan and drive. I used to go get the nosebleed tickets at Lincoln Center because I knew I could go by myself and catch one act or the first half of something before I had to go back to work. I used to go to the Guggenheim solo because I hate being rushed. Sometimes I just want to go stare at Kandinsky for an hour. And not have it be a big deal or a super trek. So in this post NYC life, I end up doing next to nothing.

4. Youth. As I look back on my life in New York, I know that I'm wearing rose-colored glasses. As much as I miss anything else, what I'm really missing is my youth. My 20s and early 30s. My life after college. My first fitting at a designer dress shop. My first robin egg blue gift box. Going to the exact same bars as featured on SATC and ordering cosmos. Everything is exhilarating the first time around. It loses its appeal subsequent times down the line. The City keeps you feeling young because of its frenetic energy, the constant influx of new blood, and its belief that it is the center of the Universe. If you can make it there, you can make it anywhere.

5. Proximity to my college and Stewart's alma mater. I loved my college. The actual campus and the football stadium. I loved being able to get on the Metro-North and go back whenever I wanted for games or even just to walk around. I have photos of H as a toddler sitting on the canons at West Point. As much as I am proud of my sister, it isn't the same feeling when I walk with her through Cardinal territory. It's probably stemming from the same place as number four, but on this coast I have nothing to connect me to my youth, no sense of continuity with my past and the loss is palpable at times.

Having gone through this litany of memories, I realize that what I'm missing is not the Idea of New York. It's really the Idea of Me. Who I was for such a long time and how I felt connected to the world and my environment. How I defined myself. And the message is clear. Like Allie in The Idea of Him, I need to move on. I can't keep looking to the past to limit my present. I can't long for a past that can't be replicated or relived or regained even I moved to New York this minute. I need to stay focused on the future and invent a new narrative. I know I can do it. After all, not only is the steaming, angry concrete animal a part of me, I'm a woman. And I'm a blogger. Hear me roar!


This post was inspired by the novel The Idea of Him by Holly Peterson. Allie thought she had the perfect husband, until she finds him and another woman in a compromising position in their own apartment. Join From Left to Write on April we discuss The Idea of Him. Join us for a live chat with Holly on April 3.  As a member, I received a copy of the book for review purposes.
Posted by Eunice at 2:26 PM

Email ThisBlogThis!Share to TwitterShare to FacebookShare to Pinterest
Labels: From Left to Write, The Idea of Him

You post made me laugh when you said really it is your youth. I think the same thing sometimes. It's not really that anything was that much better at that place but that looking back I can see how much fun it was in my youth. Great post!

I love this post - I've never been to New York, but now it has to be my next travel destination!

How wonderful that even at your 'young' age, you've already experienced such a rich life. Keep those memories close, and recreate the feelings wherever you find yourself! ~Jennifer

The Portuguese call this feeling of nostalgia for what can never be had again, "Saudade". It's great to remember, but even better to recognize the past needs to let you go so you can be in the present. Love your post!

I totally associate NYC with my youth. Whenever I feel wistful about not living in NY anymore, I remember that it's also because of the kind of life I was living then, so far removed from the life I'm living now!